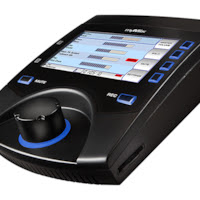 Southlake, TX, September 20, 2017 — myMix, a network-based audio mixing and recording system which features easy operation while meeting the highest audio demands, has been chosen by paramusic education organization Rhythm Intensive — run by legendary session bassist Chuck Rainey, who has worked with Aretha Franklin, Frankie Valli and Quincy Jones — and managing partner and drummer John Anthony Martinez. The duo uses myMix as the recording solution for their various clinics, performances and master classes which across the country.

“Recording and playing live music successfully depends a lot on being comfortable with what I’m listening to while playing,” Rainey said. “Having the ability to personally mix the levels of other instruments, including vocals and a lead instrument, allows the engineer to concentrate on other things essential to recording the music. Using the myMix monitor and mixing system provides the listener with a choice on how he or she hears the levels of the other instruments in the overall mix.” 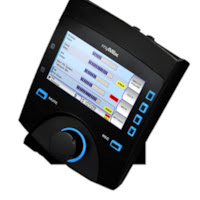 With the calendar always full of live gigs, studio work and master classes, Martinez finds the myMix to be adaptable to whichever project he is currently working on.

“Depending on the situation the configuration changes slightly, but that’s the coolest thing about the myMix — it’s very versatile and adaptable to whatever I am doing,” Martinez said. “It’s great for studio monitoring when I am working with my clients in the recording studio, it’s great as a live P.A. for master classes and demonstrations, and I also use it to record my bands’ live performances.”

A personal monitor mixing and recording system, the myMix features local network inputs and can operate either self-contained or integrated with any analog or digital mixing console. Thanks to the patented user interface, the system boasts extreme ease of use and features unmatched flexibility to scale systems from 2 to 500 audio channels. 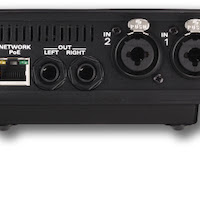 “We started incorporating the myMix into our classes because one of the main topics that we cover besides performance is recording techniques,” Martinez explained. “It’s perfect for the audience to see live recording first-hand while also allowing them to create their own mixes.”

Martinez and Rainey recently hosted a master class at the International Music Conservatory in Plano, Texas, where he hooked up eight myMixes and let students operate the units.

“Not only can adults and professionals work with the myMix, but it’s a great introduction for younger people, too,” Martinez said. “The units are so easy to operate. It was great to see the kids jump right in and be excited about controlling a mix.”

Silence is Golden
Featuring superior audio quality with a true 3D sound, the myMix made for the ideal live P.A. for Martinez and his crew while exhibiting at July’s Summer NAMM Show. Martinez passed out headphones and myMixes to the audience, which helped improve their listening experience during demonstrations on the noisy show floor.

“A lot of the listeners didn’t realize all the cool features of the myMix,” Martinez said. “We were showing them how they can select individual channels, turn things up and down, add effects, and EQ, and they were blown away.”

Studio & Road-ready
In addition to using his unit as a studio monitor, Martinez also takes his myMix on the road to record performances with the various bands he gigs with, including the Texas Country Music Hall of Fame band and the Chuck Rainey Coalition.

“All of the guys in the bands have their own and are using them on the road,” Martinez said. “I have two that I gig with, one next to my drum kit that feeds the P.A. system — that’s the master mix. Then I have a second one that I’m using so I can change up the mix if I need to.”

A great way for the band to review each performance, when Martinez uses one myMix unit, he gets a mono feed from the board into input 1 and the click track on input 2.

“When I’m using two myMix units, I will take a stereo feed from the board into unit 1, and the second unit has backing tracks on input 1 with click track/cues on input 2,” Martinez explained.

The myMix is now a regular part of Martinez’s gigging arsenal, and he never leaves home without it. “It’s just part of my gear setup,” Martinez said. “I gig all the time, and I don’t do any gigs without it.”