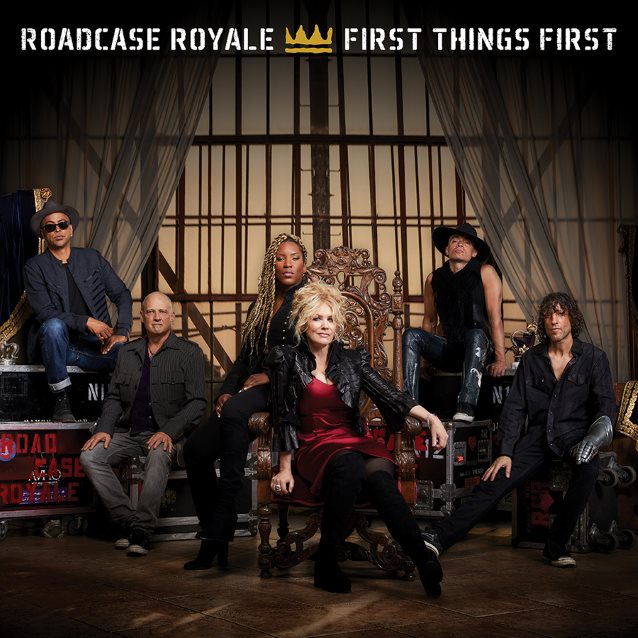 In the wake of a perfect storm, Heart’s co-founder Nancy Wilson and Liv Warfield former member of Prince’s New Power Generation are currently combining forces to create the core of Roadcase Royale.

Liv Warfield, Portland’s most soulful singer, has been making a way for herself since 2006 when she self-released her very first album. She has been associated with Prince’s New Power Generation, Al Green, and B.B. King, and also received a Soul Train award for Best New Artist (2014). Her R&B style mixes like yin and yang with Wilson’s rock style; both musicians gloriously display organic artistry within their genre.

Their first album, First Things First, is a smorgasbord of lyrical and musical ‘soul-food.’ The intensely funky sound of syncopation mixed with the distorted electric guitar really thunderclap to produce a most intriguing sound.

The beauty in the way they placed the songs on this album parallels the different members of this group. They all have something different to bring to the table, and that shines through on this album.

The album opens with “Get Loud,” a song originally penned by Sue Ennis as Nancy tells us in her recent interview. She took the song to Liv, the two of them tweaked it, the band put the music to it, and it became the anthem for the women’s march earlier in the year. Next up is the heavy hitting, soulful song “Not Giving Up” about the proposed border wall.

Songs “Even It Up” and “These Dreams” with a slight twist will bring Heart fans back to the days of their prime. The cover of Colin Hay’s “Hold On To My Hand” is an edgier version full of electric guitars and Warfield’s bold voice and it is beautiful. “Cover Each Other” and “The Dragon” were both written by Nancy and both have her signature style. The first was said to be written for her husband, but she explained to us in her interview that is “about being there for each other, … if your friend is falling, you catch them.” “The Dragon” was a song Nancy wrote in the ‘90s as an open letter to the late Alice in Chains’ frontman Layne Staley while he was in the throes of addiction. Current bandmates helped put the finishing touches on it for First Things First and it has a great classic rock vibe.

“Insaniac” is a funky, rock and roll song that changes between an upbeat pace and funky guitar grooves. Another incredibly notable song on this album is the live track titled “Your Business” that I am absolutely in love with. The amount of sass and sheer willpower that Nancy Wilson and Liv Warfield pack into their vocals is amazing. This song sings of minding one’s business, and it makes the listener almost want to have a nosy pest, just to be able to sing this song alongside the two legends.

The album finishes with a rhythm and blues song “Never Say Die” that sounds like a good old gospel song. The gritty guitar and wailingly beautiful belts of Warfield really tie the bow on their genre!

Overall, this album is so incredibly different from what Heart and Warfield fans have seen; yet, the two aren’t bound to disappoint. Fans and the general musical audience alike will find themselves singing their songs long after the music has stopped! 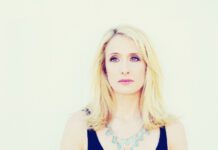