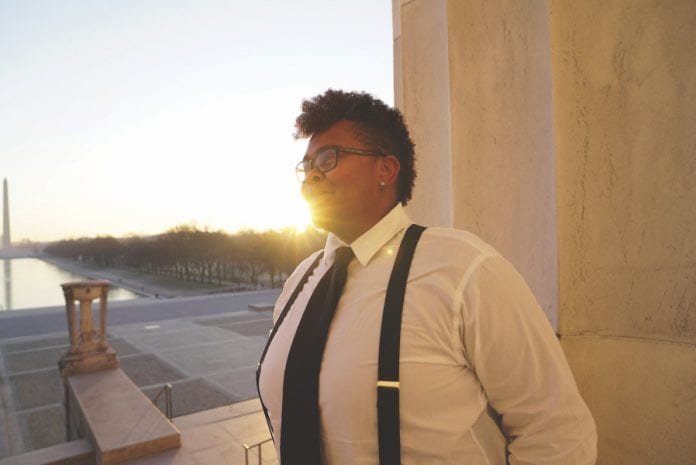 Right up front, know this: Changemakers is a grand, glorious album.

Speaking to the album’s inspiration, Crys shares, “I believe in hope. Those four words are what have sustained me these past four years. Dr. King said, ‘Hate cannot drive out hate, only love can do that,’ and I believe that hope is what fuels a love powerful enough to do that. We meet people where they are. We don’t know what baggage, what damage, what triggers they are coming into any given situation with, and we don’t know where they are in their proverbial journey. But we are all humans who are, for the most part, doing the best we can. Because this album is so deeply rooted in social justice, it was important to me to begin with that song. I’m singing about everything from The #MeToo Movement to Black Lives Matter, to gun safety and reform, to the opioid crisis, to immigration.”

Applauded by NPR and Billboard, along with a host of others, Matthews plays guitar, piano, clarinet, banjo, and harmonica, while her sound blends Americana, folk, jazz, blues, bluegrass, and funk.

2007 is the year her life changed. A friend in a band needed someone to play keyboards at a gig and asked Crys.

Crys explains, “I played the gig and had the time of my life. So, I went home and wrote my first song. A little while later, I entered that song into the campus talent show and won first place. The rest is history.”

The album begins with “Exactly Where You Are,” opening on a twangy country-flavored melody tinted by tangs of bluegrass. A cavernous bassline contrasts against the plucking banjo, giving the tune two distinct layers of vibrating textures. Crys’ voice displays tasty hints of reedy timbres, as well plush tonality.

Highlights on the album include “Call Them In,” riding an elegant piano topped by Crys’ delicious tones, smooth yet urgent with passion. A freeze-and-go rhythm gives the tune a unique cadence, adding to its irresistibility. Glowing harmonies accent Crys’ deluxe voice with lustrous savors.

A tribute to the late civil rights leader John Lewis, the lyrics of “Call Them In” hit the mark: “Make good trouble every chance you get.”

“For the Women with Steel in Their Bones” and “Selfless” standout as stellar tracks. The former because of its low-slung, gracious beauty, the latter because of its plush sonic rise and fall, capped by the marvelous voice of Crys Matthews.

According to Crys, “‘Selfless’ was written after reading an article about a doctor in Houston who died from COVID-19 after having saved so many lives. His name was Dr. Carlos Araujo-Preza and although I wrote the song as a thank to him, it is very much for every single kind of frontline worker who is laying it all on the line for the rest of us.”

Crys Matthews has it going on! Changemakers is not only wonderfully wrought but surges with scrumptious music and sumptuous vocals.