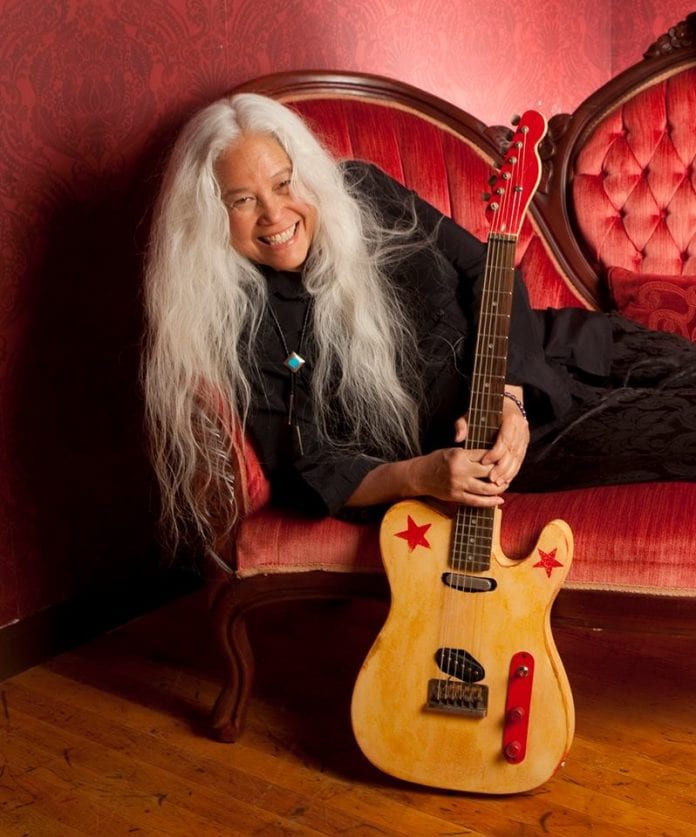 Before the Bangles, the Runaways, and even Heart, there was Fanny. In 1969, they were the first all-girl rock group to release an album on a major label. The groundbreaking lineup challenged conventions about what women in music could accomplish. They plugged in and let it roll with melodic, harmony-rich tunes and catchy hooks. Songs “You’re the One” and “Special Care” have a rare heart-and-soul that still holds up today.

Originally from the Philippines, the Millington sisters moved to Sacramento, California, in 1961 where they would make their mark like other female musical pioneers the Persuaders, Goldie and the Gingerbreads, and the Pleasure Seekers.

When guitarist June Millington first started jamming with her younger sister (bassist Jean), she possessed a determination more than the average kid pursuing a hobby. “We needed to do it,” she said in between running her music foundation and visiting her sister (who is recovering from a stroke).

From playing ukuleles (in their home of Manila) then acoustic guitars and eventually electric, they went on to release five albums. Career highlights include touring with big-name acts such as the Kinks, Humble Pie, Deep Purple, and Procol Harum. They even impressed lifelong fan David Bowie and collaborated with Barbra Streisand.

Like band Heart and more recent group Kittie, Fanny’s sisterhood was the nucleus for the band. Their unity was as natural as playing music. “I think the bond between us was pretty much non-verbal,” said Millington. “We just jumped in the water, so to speak – into the music – and never looked back. Because our suffering was so intense from racism – both in Manila and Sacramento and onwards, as you can guess – we understood something almost immediately: This was our lifeline.”

Early musical experiences centered around home and family. “At first it was internal – singing with ukuleles; pretty early on, by age 12, we already had it down from songs on the radio, and had been doing it for a few years, especially at family gatherings and dinners, Filipino-style. Quickly, after [moving to] California, it also became external after we got noticed at school and elsewhere.”

While not many teenage girls were playing electric, Millington certainly stood out. In 1964, her dad purchased her first guitar at a pawnshop: a Sears guitar and amp combo. Later, she switched to a Vox amp (mirroring her favorite band, the Beatles) and a Gretsch Countryman.

Today, she follows her passion for music at the Institute for the Musical Arts (IMA), a nonprofit foundation supporting girls and women in music with classes and internships.

“Music was our second language,” recalls Millington. “In fact, I teach that as part of my daily courses at our rock ‘n roll girls camps: ‘Music as a Second Language,’ which is useful; for starters, it gives the girls parity and control.”

But when June and Jean started, there were not many female role models in rock music. The sisters had to become the role models. At first, they kicked around with surf and garage bands on the West Coast before forming their own band, the Svelts.

“We gravitated to hanging out with a boyfriend of Jean’s who had a surf band,” recalls Millington. “During their breaks, we [played] Motown and Beatles songs with two other girls on acoustic guitars, then played somewhat electric, using their equipment (by that time a drummer had joined us), and then we all auditioned for the same gig. We got it! From then on, we had to get our own equipment. We were unstoppable, no matter how many changes.”

From there they played the L.A. scene and garnered interest from a music producer, eventually signing a deal with Reprise Records and hitting the road. The grooving title track from their second album, “Charity Ball,” went to #40 on the Billboard Hot 100 chart.

GGM: What was one of the best moments for you playing music with your sister or in your career in general…a favorite show?

June: I think it would have to be when we realized we were experiencing a shift in perception, in the audiences that is, and that happened within a year after the Svelts started playing sometime in 1965, early ’66. No matter how much they sneered, we kept getting better, and that mattered. Heck, when they couldn’t help themselves and rushed to the dance floor; believe me, that was a rush for us. Success! We just kept surging forward…

When we were just trying to pay the rent before the first album was released, we had done gigs at a lesbian bar in L.A. on Melrose called Bacchanal’s, and we had a similarly transcendent time. People love good music, a good beat, and to dance, no matter what. I love it when we all leave our bodies together.

June: We were born and raised in Manila. I only returned once, when I turned 60 (April 2008). A student I had met here – who had been going to Smith but had continued to UP (University of the Philippines), where one of my aunts had taught, actually, after the war – set me up to play at a lesbian bar, with some local acts opening for me. That was a blast!

GGM: Did you ever perform in the Philippines during your early success?

June: The biggest question to me was, “Why didn’t Fanny play the Philippines??” (their feelings were hurt). As a Filipina-American, I understood that! The only thing I could come up with was, the Beatles thought they were going to be killed there – I think management and booking tried to avoid that, although, of course, I don’t think it would’ve been a problem on that level at all!

GGM: What were the audiences like at some of your early shows?

June: Many times, teen audiences, both boys and girls alike, would be rooted to the floor in front of us: stunned, absorbed. That was also a measure of success. And that was before we got to Hollywood! But we needed that contract with Reprise and those recordings. In that way, we live on, no matter what.

After Fanny disbanded in the 1970s, June went on to make several solo albums. She also worked as a producer and collaborated with singer-songwriters Cris Williamson and Holly Near. Her in-depth autobiography, “Land of a Thousand Bridges: Island Girl in a Rock & Roll World,” covers her life and musical career and is available at http://www.ima.org/millingtonautobiography.html.

Their new album, released in March of 2018, also titled Fanny Walked the Earth, features several guest musicians from the Go-Go’s, the Runaways, and the Bangles.

The Millington duo still has a solid connection: “I actually just joined Jean in California today (her birthday’s May 25),” said June. “She’s working hard with all the rehab and not complaining one bit. We laugh a lot. She is moving forward.”

June Millington made her mark as a guitar player with her Les Paul Goldtop, among others, and her smooth style. Today she is a true role model and helping to change the future of women in music one note at a time.

As we wrap up the interview, she was getting into her work at IMA. “The girls are now dropping by with their parents for a site visit before camps, so my days are getting even more interesting.”