Home Interviews Lydia Night of the Regrettes confesses about how she feels about Conan... 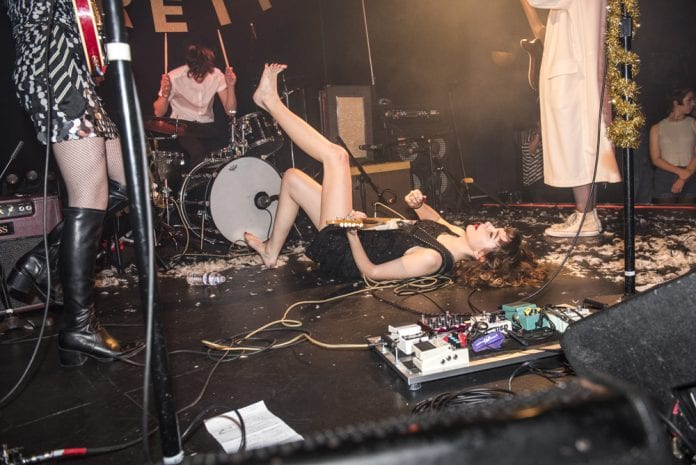 The west coast pop punk sensation, The Regrettes, made up of Lydia Night on vocals and guitar, Genessa Gariano on guitar, Sage Nicole on bass and Maxx Morando on drums, have created quite a brazen commotion with their revved-up tempos, loud and cranky power chords and 1960s retro pop melodies. Their debut release, FEEL YOUR FEELINGS FOOL! on Warner Bros. Records, captures the feelings and angst of many of the frustrations and thrills felt by the band and shared throughout their 15-song full length CD (also available on black vinyl with lyric insert).

The “never afraid to speak her mind” Lydia Night takes a break from the European leg of their tour to chat with Guitar Girl Magazine for the skinny on what they’re about, what’s the latest, and a sneak peak of what’s ahead.

You’re generating quite a buzz. What does the band mean to you?

I honestly don’t really pay attention. We focus on being our best selves and when people pay attention, it’s awesome.

It’s exciting that you’re on tour with the SWMRS and Interrupters. How’s that going? Have there been some unexpected surprises?

We haven’t toured with The Interrupters yet but we ju,st finished our first tour with SWMRS and they are some of the most amazing people I have EVER met.

While various bands like Hole and L7 have come up in comparison to you, how would you describe your musical influences and style?

I definitely am inspired by Hole, however I’m also inspired by The Ronettes and Yeah Yeah Yeahs, so I think our music sounds like a mish mash of them all. Right now, I am pretty obsessed with the Replacements which might end up influencing my writing in the future.

You’ve got a boat load of shows. What have been some of your favorite performances?

Our last show we did in London was mind blowing for me. I was in awe of how many people knew the words to every song. So cool.

As a girl guitar player, what are some of the challenges you’ve had to face?

People only focusing on that or assuming I don’t know how to work my pedal board. So f**king annoying!

What recordings have inspired you?

What’s it like for Maxx being in the band?

I think people sometimes automatically assume that it’s super hard being the only boy in a band of girls, but we all get along super well! The hardest part for him is probably people making a big deal about it.

How did the band come together?

We all met awhile back in music school and decided to form as a band about two years ago! 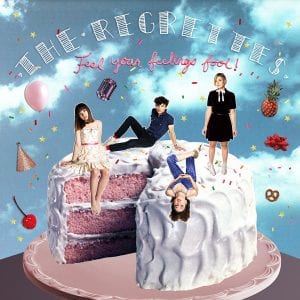 Talk about your vision behind your debut album, FEEL YOUR FEELINGS FOOL!

I just wanted to put out an album that people can feel to. I think we did a great job of capturing a huge spectrum of emotions and different processes of dealing with them.

Are you planning any new releases?

What’s a rundown of the gear you’re using?

I play either a new Fender Mustang or a ‘69 Fender Swinger out of a Fender Hot Rod amp.

What have been some important milestones for the band?

We just went to Europe for the first time, which was a huge one for us! Also, playing on Conan was super surreal and a HUGE milestone for us.

How do you approach song writing as a band?

I’ll usually have a simple chord progression and melody that I’ll play on repeat and everything just starts to come together organically. Sometimes I’ll come up with a single line and melody in the shower or at school and record it to work out later.

What’s in store for the next year?