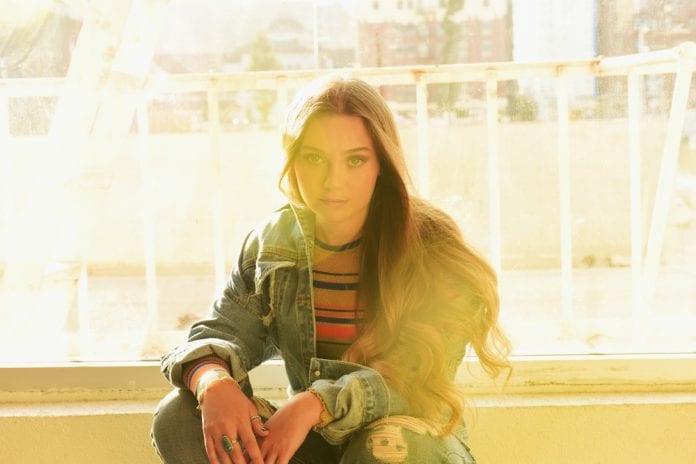 At just 16 years old, singer-songwriter Kylie Spence released the official music video for her debut single “Lying Eyes” earlier this month, with the video already garnering over 4,500 views in that short time period. Filmed in the California desert, this video has dreamy, vintage effect perfectly capturing the essence of Kylie’s voice and songwriting style.  The single was originally released July 21st and has accumulated over 145,000 Spotify streams and it hit iTunes’ Hot Tracks chart in July.  “Lying Eyes” is the just first single to be released from an EP Kylie is working on which she’s planning to release in early 2018.

You just released your debut single “Lying Eyes” two months ago, along with the official music video October 9th. I really like the moody, alternative pop sound and the backdrop for the video set in the California desert. Tell us about the inspiration behind this song, and is it based on a personal experience or fictional?

Well, first of all, thank you so much! “Lying Eyes” came together pretty easily. Writing it wasn’t something that took me forever. The lyrics came pretty effortlessly after the guitar chords and strumming in the back did. Sometimes when I write, I just write a bunch of words that don’t always make sense together. If I can remember correctly, this was the case for “Lying Eyes.” There are some parts of the song that I can connect to my life and my experiences, but then there are some that I cannot just because I haven’t experienced them yet. I would have to say it’s a 50% personal and 50% fictional.

“Lying Eyes” utilizes a mixture of modern and vintage instruments. Describe the recording process- what instruments were used, other musicians, where was it recorded, the producer…

I first showed “Lying Eyes” to my producer Greg Cortez. He loved the song, and that’s when we decided to demo it. We started off with this cool keyboard/mellotron, and the song just developed from there. Off the EP, it was definitely the easiest to record as far as the process goes. It came together so effortlessly, which gave us room to really push the boundaries and experiment with lots of different sounds and instruments. We used TONS of instruments. Guitars, drums, mellotrons, pump organs, electronic samples, bass, ancient Chinese bowls- lots of cool and weird instruments that brought the song to life. Greg and I did a lot of the song on our own, but during the recording process you sometimes need an extra set of ears. That’s when we had my old guitar teacher Michael Platt come in to do some rad guitar shredding. We also had Scott Chesak come in, the keyboard player for the All-American Rejects. Lastly, we had Nick Luca come to the studio, and he added last touches and came up with new ideas. It’s a long process, but a good one.

For the music video, where was it filmed and how long did it take? Was this your first experience with filming a music video and were you part of the creative process?

We filmed the music video in Lucerne Valley, California. This was my first experience filming a music video, and to say the least, it was a great first time. I’ve had a vision for a dream video for a LONG time, and the video for “Lying Eyes” was exactly as I had envisioned. The car, the desert, it was all perfect. I worked with the amazing Spirinity Productions for this video. They made the process so smooth and fun. We discussed ideas for the video before we shot it, and came up with mood boards, story boards, style ideas, set location, etc. This way we were prepared for the actual shoot, and there wasn’t so much stress.

Other singles will be released over the next several months with an EP due out in early Spring.  What can we expect to hear on this new music? Are they songs you’ve already written and you’re just fine-tuning?

Yes, there will be LOTS of new music which I’m very excited for. I have a few singles planned for the near future. All of the songs have to do with love for some reason. Side note: I’ve never been in a serious relationship – LOL. All of the songs that will be released have already been written, some over two years ago. For now, we are just fine tuning and making sure everything is perfect for you guys!

Having grown up in Laguna Beach, CA and currently residing in Big Sky, Montana, two beautiful towns I must say; how has living in those areas influenced your writing?  Share with us the writing process … how the lyrics and melodies come together.

I wasn’t actually born in Laguna Beach, but that place will always feel like home to me. Now that I’m in Big Sky, there is obviously TONS of inspiration from nature. It’s extremely beautiful up here, and it’s a change of scenery for writing which is always nice. I think that if I really wanted to write a song anywhere I totally could, so I don’t think any place I’ve lived in made me want to write about different things if that makes sense. Of course, some places and rooms are more inspiring than others, but I have always been adaptable. For me, lyrics and melodies just come whenever. There is not specific time or decline. It happens when it happens. Usually I start with chords, then from there the lyrics just pour out of me.

For a 16-year-old, you’re quite the old soul with your dreamy, vintage style.  Playing the piano, guitar and ukulele, when did you first get involved in music? Do you come from a musical family?

Well, thank you!! That is quite the compliment. I actually started piano lessons when I was 7, and I quit at 10 I think? I was not disciplined enough at this age sadly. But music for me really started when I was around 11. My whole family was hanging out upstairs and I started singing “Party In the USA” by Miley Cyrus. They both said to me, “wow, you actually don’t suck!!” So, that’s when I started voice lessons, and eventually guitar, then got back into piano. My mom and dad are FAR from musical which is very funny to me. The only person in my family who I think I got my talent from is my Great Aunt, Claire Watson. She was a famous opera singer who was the “diva” in Europe. My whole family thinks that’s where I got my vocal range.

What types and brands of instruments do you own and what’s your favorite “go to” instrument for writing?

I bought my first guitar when I was 12, which was a Luna. Since then, I’ve bought an electric Fender Strat, an acoustic Gibson, and I was gifted a 1969 Gibson a few years ago, which is the coolest thing ever. My family used to have a Steinway stand up piano, but we didn’t take it with us when we moved. So, I have a Nord Stage 2 which is SICK! I think my go to instrument for writing would probably have to be piano. I find as though I can come up with better chords and progressions on the piano easier versus the guitar, but it honestly depends. Writing is unpredictable!

Who were some of your biggest musical influences that inspired your style of music? What’s on your playlist today?

I love Coldplay to DEATH. I wouldn’t say that I am influenced by their genre and their style, but more inspired by their musicality, writing, production styles, etc. I think that are musical genius and I’ve always looked up to them. Currently I’ve been obsessed with “YOU” by Morgan Saint. Please listen to that one, it’s SO GOOD.

You’re so young and have your whole future ahead of you. If there was one musician you could collaborate with on a new single, who would it be?

Thank you! It would be a dream to work with The Cure. I think they are so unique, and I love ‘80s music. Even though our genres are totally different, I think there are some similarities in the production which is very cool! 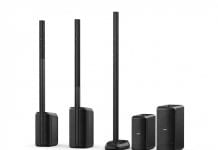