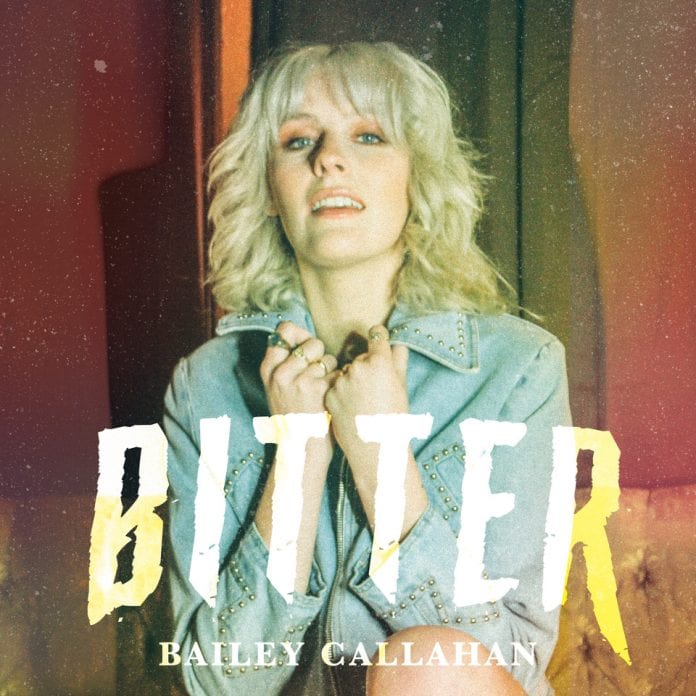 (Nashville, Tennessee…) – February 17, 2021 — Bailey Callahan has developed an enormous fan base through compelling songwriting, a tenacious work ethic and non-stop touring…over 300 dates in the two years leading up to the 2020 lockdown…and now she is planning the release of her most ambitious batch of music to date. The hard driving “Bitter” single, with its heavy guitar and raw vocals, leads the pack, hitting March 1, 2021.

“‘Bitter’ is the most confidant I’ve ever felt in a song,” said Bailey. “We all went through a lot with Covid, and being in quarantine I feel like I had a lot to say. ‘Bitter’ was the first song I wrote, when we were locked down, and it shows a lot without saying a lot. It sums up the southern rock and country sides of me, and it’s the best preview of what this new record will be.”

Written by Bailey with Jared Anderson and Davis Branch, “Bitter” was produced by Robbie Artress (Priscilla Block) and released on ­­­­Pink Mustang, LLC. She has been busy writing and recording for a new album set for release in the coming months.

In a short period of time, Bailey has amassed an incredible 47,000+ organic Facebook followers affectionately referred to as “CallaFans.” Underneath her fun loving, carefree personality, and infectious effervescence is a tenacity and determination that makes her a force to be reckoned with. Her “go big or go home” mantra has led to deals with Jeep, American Bonfire sunglasses and Taylor Guitars.

Keep up with Bailey at: