July 14th, 2022 (Nashville, TN): Rising star Bailey James releases the music video for her latest single, “The Spell.” The newest music video release from Bailey James, “The Spell,” gives the audience a fantastic rock atmosphere that perfectly complements the song’s energy. The video has a unique and entertaining narrative as it helps amplify Bailey’s empowerment and the song’s lyrics.

As Bailey sings lines such as “under my spell,” the video has dark scenes with a bonfire and brighter scenes of Bailey burning something and chanting surrounded by books, which amplifies the mystic and ‘witchy’ energy from the song.

The shot with James holding burning sage as she sings, “I could put the devil through hell,” is an excellent lyric for video pairing. Other complementary pairings are when James is dressed in white in the forest singing “Boy, you better treat me good” with an immediate camera switch to a black dress surrounded by spell essentials.

The music video helps convey Bailey’s personality, as she does say her family’s heritage in the song, which increases the audience’s connection to it. The video contrasts significantly with the dark scenes being followed by scenes where Bailey is walking peacefully in the light, which gives the video more depth. In addition, the video also has other elements from the lyrics, such as showing her by a river, which she mentions in the song “They drug me down to the river.” 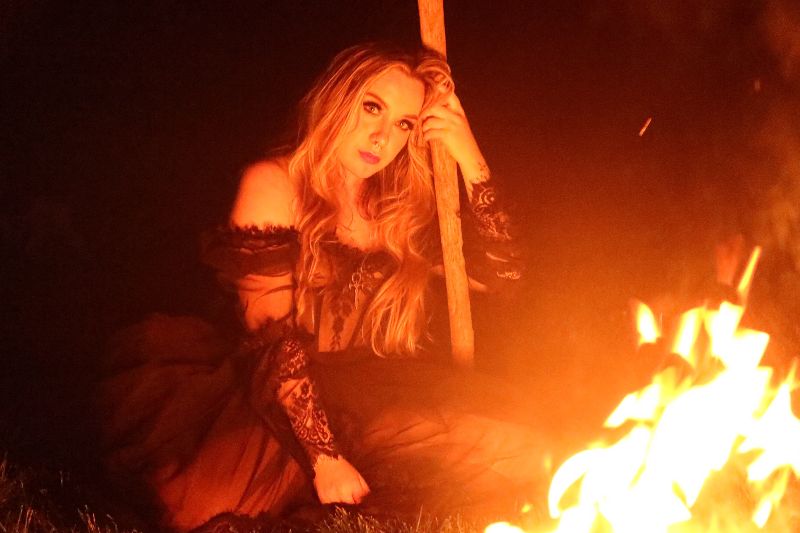 “The Spell” is a compelling music video that will put you under a spell from the first watch.