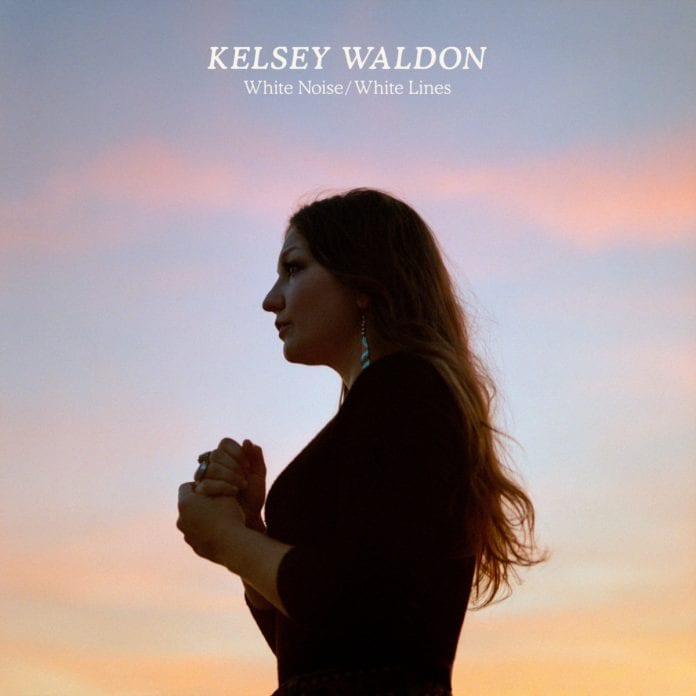 July 9, 2019 – Nashville, TN – Monkey’s Eyebrow, KY, native Kelsey Waldon has announced the release of her new full-length album White Noise/White Lines, her first with Oh Boy Records, for October 4th. With White Noise/White Lines,Waldon captures the rugged country sound of her touring band without sacrificing the intimacy of her songwriting. Because of that approach, the record feels immediate, somewhere between a concert and a conversation. Co-produced by Waldon and Dan Knobler, the collection opens with a confident anthem, “Anyhow,” which finds the Nashville-based songwriter forging ahead after some frustrating setbacks. Garden & Gun praised the song as “a fitting first taste of an album that should firmly establish Waldon as one of classic country’s rising torchbearers.” “Anyhow” and its accompanying video are available today. White Noise/White Lines can be digitally pre-ordered here. Visit https://www.ohboy.com/kelsey-waldon to snag the pre-order bundle which includes digital, cd, and vinyl—plus a limited edition 7” vinyl of duets from Prine and Waldon.

Aside from the songs themselves, White Noise/White Lines is riddled with unique touches, very personal to Waldon. From the Chickasaw Tribe chant which Waldon recorded on her cell phone at her father’s hunting camp—added to the record with their blessing, of course—to a voicemail recording of Waldon’s father who’d called to tell her he’d heard her on the radio, to a snippet of her friends playing the bluegrass classic “Run Rabbit Run”; little moments and memories dropped into the album’s tracklist speak worlds to Waldon’s deep connection with her roots, her family, and her home state of Kentucky. All of these threads run tirelessly throughWhite Noise/White Lines, weaving together a decidedly country sound, but not without some of Waldon’s unique influences shining through. The Band and The Meters, to Hazel Dickens and Ralph Stanley, to Ann Peebles and Bill Withers have all left their imprint on how Waldon fleshes out her songs.

Waldon recently found herself honored by one of her biggest influences and songwriting heroes, John Prine. White Noise/White Lines will be her first release on Prine’s own independent label, Oh Boy Records. As their first new artist signing in 15 years, Waldon doesn’t take the relationship with Prine and Oh Boy lightly. “It’s hard for me to put into words what it truly means to me to be signed to Oh Boy Records,” says Waldon. “To have someone like John, who I have looked up to my whole life, who I have set my songwriting standards after and my general music making standards after, to have someone like him endorse my music and care enough about it to make sure it reaches a wider audience…that means everything.” Waldon recently joined Prine on stage in Manchester, TN, for his set at Bonnaroo Music and Arts Festival, dueting on “In Spite Of Ourselves” much to the delight of their Saturday evening crowd.