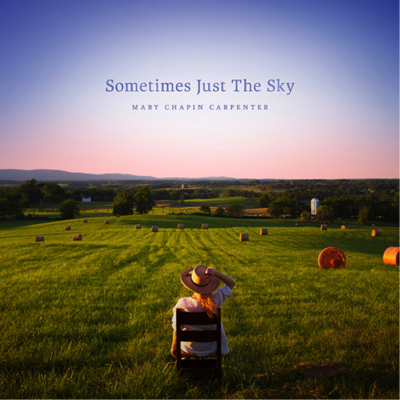 Mary Chapin Carpenter’s new song “This Shirt” premiered yesterday at Rolling Stone, who praises, “The decades between the original recording and this one have only deepened the tune’s lyrical resonance, adding age and wisdom to what is already the epitome of a sense-memory experience.” Listen/share HERE.

“This Shirt” is the second track unveiled from Carpenter’s highly anticipated new album, Sometimes Just The Sky, which will be released March 30 and is now available for pre-order (Lambent Light Records via Thirty Tigers). A celebration of her acclaimed 30-year recording career, the landmark record features new versions of some of Carpenter’s most beloved songs as well as one newly written song, which became the title track.

Already receiving critical acclaim, the album’s lead track “Heroes and Heroines” recently premiered at Billboard, who declares, “…the new rendition features not only different flavors and textures created by the players but also a deeper meaning within the lyrics, which hold up 30 years later.” Listen to and share the song HERE.

Produced by Ethan Johns (Ryan Adams, Paul McCartney, Ray LaMontagne), the 13-track album was recorded entirely live at Peter Gabriel’s Real World Studios outside Bath, England. Joined by long-time collaborator Duke Levine on guitar and a handpicked band of Johns’ favorite musicians, Carpenter reimagined one song from each of her twelve studio albums along with “Sometimes Just The Sky.” See below for complete track list.

On the album title and newest song Carpenter says, “I read a beautiful interview with Patti Smith in which she said that you don’t have to look far or wide, and it doesn’t have to be complicated or expensive or madness in order to find things to soothe you in life, or to be happy about. Sometimes just the sky makes everything fall into perspective.”

In celebration of the release, Carpenter will embark on a North American tour later in the year. Tour dates will be announced soon.

Over the course of her acclaimed career, Carpenter has sold over 14 million records. With hits like “Passionate Kisses” and “He Thinks He’ll Keep Her,” she has won five Grammy Awards (with 15 nominations), two CMA awards, two Academy of Country Music awards and is one of only fifteen female members of the Nashville Songwriters Hall of Fame.

Most recently, in 2016, Carpenter released The Things That We Are Made Of. Produced by Grammy Award-winning producer Dave Cobb (Jason Isbell, Chris Stapleton), the album features eleven new songs and was released to overwhelming critical praise. The Associated Press called it, “…an evocative collection of songs,” while The HuffPost declared, “…Carpenter is now at the height of her musical career, painting a compelling, relevant piece of art tinged with mixed feelings of grief and joy, all without preaching or darkening our minds with sadness.”

Previously, in 2014, Carpenter released her acclaimed debut orchestral album, Songs From The Movie. Arranged and co-produced by six-time Grammy winner Vince Mendoza, the record is comprised of ten previously recorded compositions including “Between Here and Gone” and “Come On Come On.” Since it’s release, Carpenter has performed alongside the New York Philharmonic, the BBC Scottish Symphony Orchestra, the London Concert Orchestra, the L.A. Philharmonic and the National Symphony Orchestra among many others.