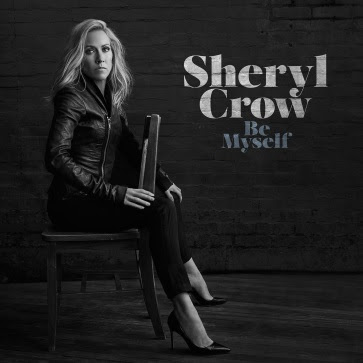 February 9, 2018 (Burbank, CA) – Singer, songwriter, multi-instrumentalist, philanthropist and humanitarian Sheryl Crow is the star of Public Television’s award-winning series Front and Center, which begins tonight in various markets across the U.S. This episode will air on WNET-TV in New York City on February 15, and will also be available for streaming at 11:00 P.M. Click here for further details.

Filmed at New York City’s famed Iridium Club, the nine-time GRAMMY® award-winning superstar returns in Season 8, episode 6 to perform in a rare, intimate club setting, playing songs from her current internationally-acclaimed Warner Bros. Records debut album Be Myself, along with fan favorites. Click here for further Front and Center viewing information. Click here for specific dates and times. The New York Daily News has this to say about the Iridium show:

“If it makes you happy, Sheryl Crow is down to play her hits all night long. A rapt audience was reminded just how many massive hit singles she has in her back catalog. Crow teases songs off her [then] upcoming album, Be Myself. This was no nostalgia trip. It was a reminder that Sheryl Crow’s never left and she’s here to stay.”

Click here for a sneak peek of Crow’s Front and Center episode.

Following the release Be Myself, Crow hit the road with a vengeance, playing hit-filled marathon sets in a series of jam-packed pop-up club shows and theaters, bringing her joyous rock & pop swagger back to the forefront of what she does best. Sheryl Crow remains one of most influential, endearing and enduring female forces in pop music, selling over 35 million albums, several star-studded collaborations, and numerous hit singles, including seven #1 chart toppers. Her inspiration can be heard in the songs of so many young women recording today.

“Sheryl Crow is allowing the pendulum to swing back toward the rock-rooted sound and attitude with which she first found success nearly a quarter-century ago.” – The Los Angeles Times

“Her excellent new Be Myself is her toughest and best in a decade, a full-blown return to her fierce rock-queen glory.” – Rolling Stone

“On Be Myself, Sheryl Crow sounds more comfortable in her skin than ever before. And nine GRAMMY’s, 35 million+ U.S. album sales and five platinum records into her career, why wouldn’t Crow be happy being herself?” – Nylon

This spring, Sheryl Crow, and Melissa Etheredge – both multi-award winning, multi-platinum selling modern music icons – will join forces for a double headline tour across Australia and New Zealand. The two long-time friends originally met in the ‘80’s during Michael Jackson’s BAD tour when Crow was one of his backup vocalists. Quoted Crow, “it’s been way too long since I was in Australia and New Zealand! Am so excited to be touring with my dear friend, Melissa Etheredge! We are going to have a great time and play some great music. Looking forward to seeing our friends and fans in April.”

In addition to the antipodean dates, Sheryl Crow will play a pair of domestic festival shows this spring and summer. Confirmed tour dates below.

As previously reported, Sheryl Crow penned a deeply personal song titled “The Dreaming Kind” for Sandy Hook Promise, a song about tragedy turned to transformation and hope. It speaks to the pain our country has endured as tragedies are “getting hard to watch,” yet represents the voice of the families who founded and lead Sandy Hook Promise, as well as supporters nationwide by saying:

“The Dreaming Kind” is available as a name-your-price download on bandcamp.com with a minimum contribution of .99 cents, with download proceeds going to Sandy Hook Promise.

Contributions greater than .99 cents are of course accepted and appreciated.

The video for “The Dreaming Kind” was filmed on location in Nashville and directed by Gus Black. The elegant and understated black and white film features Crow and her niece. The elegiac yet hopeful message reminds the viewer to “Never Forget – December 14, 2012.”

Donations from the PSA and proceeds from the song will benefit Sandy Hook Promise as it launches a campaign to raise over $1 million to aggressively expand its Know The Signs gun violence prevention programs.