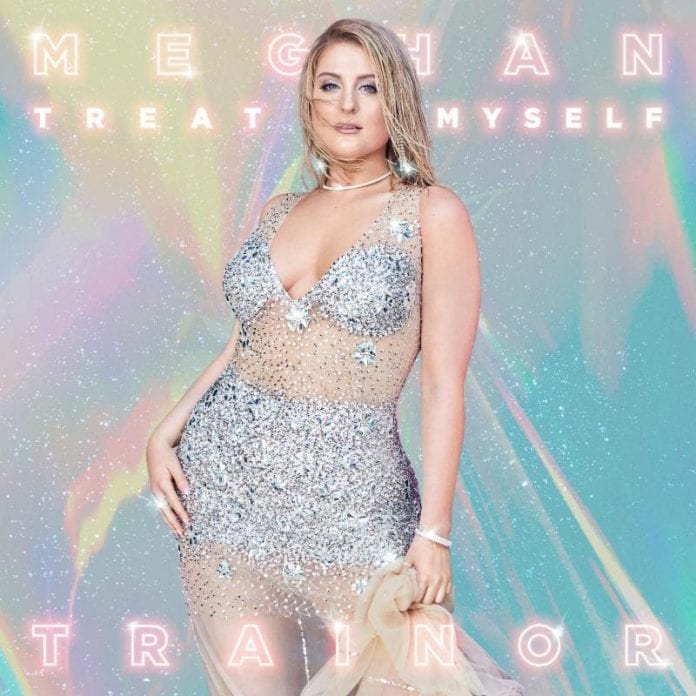 (June 21, 2018 – Los Angeles, CA) – After months of building anticipation and fueling excitement, GRAMMY® Award-winning singer, songwriter, and producer Meghan Trainor will release her third full-length album entitled, TREAT MYSELF [Epic Records], on August 31st, 2018.   Pre-order goes live today and unlocks instant grat downloads of the scorching songs “LET YOU BE RIGHT,” “CAN’T DANCE,” and “NO EXCUSES” as well as a brand new track “ALL THE WAYS.” Pre-order it HERE!

Earlier this week, Meghan heralded the announcement on social media, detailing “a big surprise” on her Elvis Duran and the Morning Show interview. The next day, she appeared on the program and unveiled the title and release date, taking to social media right after to personally share the artwork.

About TREAT MYSELF, Meghan said, “This album is my best work yet and I’m so proud of what we made. I say “we” because I made this entire album with my family, my friends, and my fiancé. It’s everything I stand for and I’m excited to put an upbeat happy album out for the world.”

Following the release of “NO EXCUSES,” “CAN’T DANCE” and current radio single “LET YOU BE RIGHT,” “ALL THE WAYS” spotlights another side of TREAT MYSELF. It’s another massive and melodic Meghan Trainor anthem and will soundtrack a new marketing campaign for Target, launching June 24.  The campaign highlights the retailer’s new fulfillment services, like same-day delivery with Ship and Drive up, to show guests all the ways they can shop at Target.

A pre-order is live now for the Target Exclusive version of the album, including exclusive remixes of “ALL THE WAYS.” Fans can purchase it HERE. This marks the second partnership between Meghan and Target. In 2016, they joined forces to release a Target Exclusive of her second album Thank You.

Right now, Meghan is everywhere! Tonight, you can catch her on a new episode of The Four on Fox 8/7c. Saturday, her seismic Radio Disney Music Awards performance airs on the Disney Channel. Earlier this month, she hit the stage at The Late Show With Stephen Colbert on CBS to perform “LET YOU BE RIGHT,” and opened the Today Show’s summer concert series. Monday, June 25, she co-hosts Today alongside Hoda Kotb in the morning and guests on The Tonight Show Starring Jimmy Fallon that evening.

Grammy-Award winning singer, songwriter, and multi-instrumentalist Meghan Trainoremerged with her 2014 breakout single “All About That Bass” and disrupted contemporary music with nostalgic pop beats and powerhouse vocals that delivered a worldwide anthem for female empowerment. Trainor cemented her rising status as one of the most prominent artists in popular music by charting seven multi-platinum singles, releasing two platinum albums, selling out three headline tours, writing multi-platinum hits for top pop and country artists, and receiving countless industry awards and nominations worldwide.  She is one of only five female artists to receive a diamond certification for her hit single “All About That Bass” which shares the RIAA Gold & Platinum Awards top honor with only 15 other singles in history. Earlier this year, Trainor wrapped up her first season as a panelist on FOX’s hit singing competition series THE FOUR: Battle for Stardom.