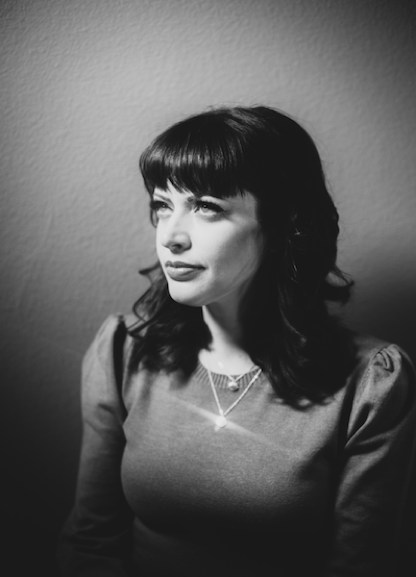 July 29, 2022 – Indie singer-songwriter Stephanie Hatzinikolis is thrilled to release her new single “One More Time” that is out now.
Stephanie says, “One More Time” is a melancholic internal realization about a toxic relationship , purposefully left open to be interpreted as either romantic or platonic. The singer receives a drunken phone call at midnight from the selfish friend, and reluctantly stays up listening to this always taking but never giving person, who is represented by a loud and unsteady guitar in the song’s bridge. The disappointment and frustration that the singer experiences reflects the typical push and pull dynamic that is commonly present in unhealthy bonds.”
.
Hailing from Spokane, WA and currently based in Los Angeles, Stephanie Hatzinikolis is an up and coming Indie Pop Rock artist/songwriter with a penchant for writing infectious tunes and relatable narratives. Inspired by acts such as Elliott Smith, Sufjan Stevens, and The Beatles, Stephanie’s music journey began at a tender age playing piano and she eventually started performing live towards the end of high school. Being an avid storyteller, Hatzinikolis draws inspiration for her music from her personal experiences, demonstrating an exceptional ability to invoke strong emotions in people through her writing. Stephanie also seems to have a unique innate competency to ingeniously present music in multiple styles, all while maintaining a consistent brand; one of the factors that make this artist one to keep an eye out for. Set to release her third single, “One More Time,” from her upcoming 2022 EP, Stephanie Hatzinikolis seeks to positively influence society with her music and inspire others to cultivate self- love and healing. Produced by Greg “Killah” Cortez, with Nico Barouhas contributing the guitar solo.
“One More Time” is out everywhere at https://lnk.dmsmusic.co/stephaniehatzinikolis_onemoretime