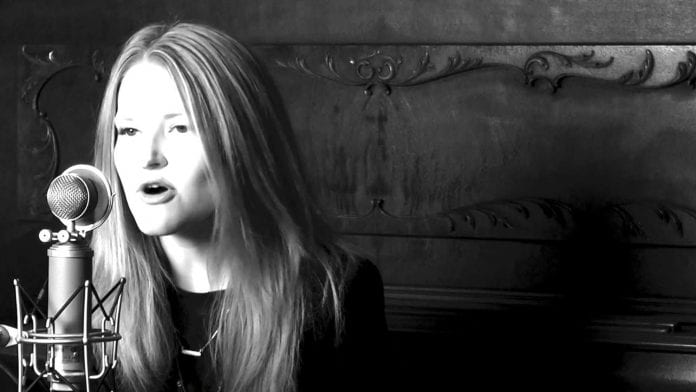 Audient brings us the bright, young singer-songwriter and Audient ASP4816 console owner, Lizzy McAvoy, in their Songwriting Video Series as she takes us around the city that she’s made her home, and gives us a glimpse of what it means to her. 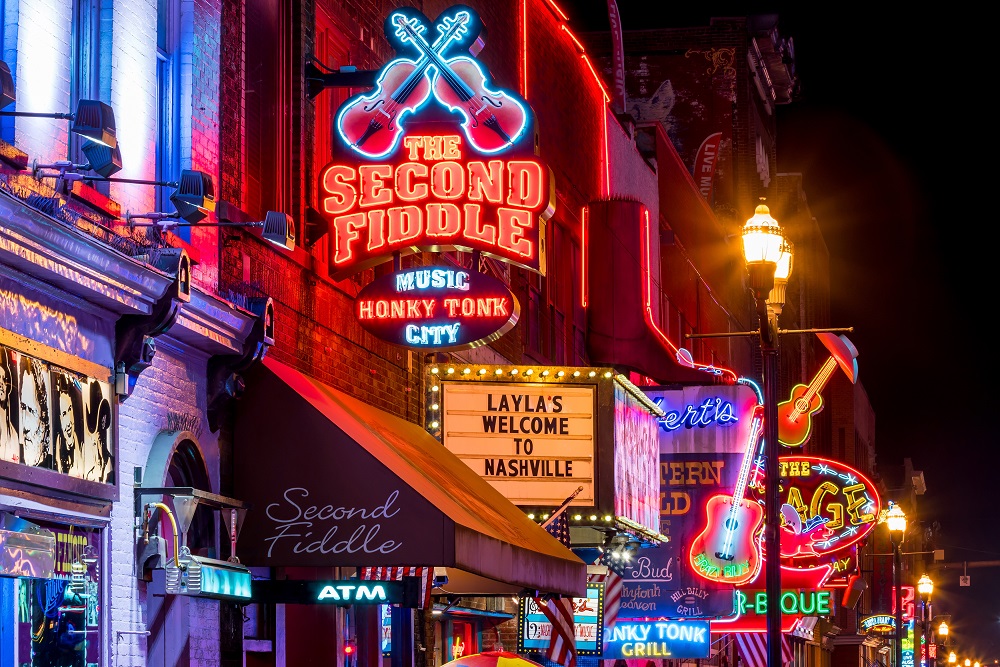 I’ve had the amazing opportunity to live in Nashville, Tennessee for close to eleven years. I moved here when I was sixteen years old, a bright-eyed dreamer. I remember my first trip to Nashville, I was eleven years old. I was writing a few songs and singing back in my hometown of Newark, Ohio. My parents heard of a place called “Music City.” When Spring Break rolled around, we packed up our car and drove six hours south. Looking back on that first trip, I don’t think my parents were expecting this city to have the impact it did on me, but once I was bit by the bug, I had to come back. So much so, I graduated high school early, I focused on nothing but singing and writing songs and somehow convinced my parents to move two states away to follow this crazy dream. Three months after we moved to Nashville, I met my first publisher, Major Bob Music.

Music City has such a rich history there wouldn’t be enough space in a lifetime to talk about it all. As I began writing this article, I was reminded how special this town is. Music City has changed a lot in my decade here, and if you were to talk to my songwriting friends who’ve been here a few decades, it’s really changed. But the one thing that hasn’t been lost with the times is the music. This is a songwriter’s town. These streets and buildings are filled with music and stories. As you read this, hit songs are

being cranked out of Music City.

I want this journey to focus primarily on Music Row, the heart of Music City. This is the ‘Songwriters Paradise.’ Music Row is two streets (16th Ave S and 17th Ave S) lined with 1920’s Craftsman-style homes, post-Victorian architecture and some classic 1980’s office buildings mixed in. #1 Song Banners greet you as you walk up to the front door of publishing companies. Songwriters can be found writing their next hits in the small bedrooms of these converted houses.

In the 90’s, at the height of Music Row, I heard the most unfathomable stories. Songwriters would start their day at 10 am, write a smash first verse and chorus then it was time to take a break. They’d grab a bite at Maude’s Courtyard to see anybody who was somebody in the biz or grab a cold beer at Bobby’s Idle Hour. Then it would be back to the publisher’s office to finish their song. It was a laidback community of transplants and dreamers.

I heard stories of publishers running their writers down the street (guitar in hand) to play their songs for a record label exec, 10 mins later playing that song for a multi-platinum artist over the phone, a semi-truck driving down Music Row stacked with brand new Jaguars (gifts from Garth Brooks) and artists being discovered at The Bluebird Cafe.

CONTINUE READING AFTER VIEWING THE VIDEO!

Then the internet came, and the 90’s Music Row changed dramatically. Publishing companies began to struggle. They were either bought out or just closed their doors. Songwriters and artists were being dropped and moving back home. But through that change and struggle, the essence of Music City was still alive in the air, attracting the next generation.

Today’s Music Row is slightly different, but still one of a kind. You’ll find it lined with the top record labels (Big Machine, Warner Brothers and Curb), the top major publishing companies (Universal, Sony, Word, Starstruck) and the small boutique companies (Big Yellow Dog, Creative Nation and Major Bob Music). New, incredible companies are being developed here, changing the face of the Music Business. RCA Studios, Ocean Way Studios and Allentown Studios still reside on The Row, even in the wake of professional home studios. Producers and songwriters from LA, NYC and the UK started moving to Music City. You may have heard, Justin Timberlake moved here 🙂 Instead of being a country town, we’re a Pop, Country, Americana and Rock town. We’re truly living up to our name: Music City.

Publishing houses still have their songwriters cranking out smash hits five days a week. Bobby’s Idle Hour still has its doors wide open, and Edgehill Cafe has become the new “hang.” Great live music can be heard every night. If you’re looking for classic country hits, check out Tootsies or Rob’s Western World. Want to learn to Line Dance? Wildhorse Saloon has got you covered. Take a step away from the neon lights of Broadway and grab a songwriters’ night at The Listening Room, Douglas Corner Cafe or The Bluebird Cafe. I promise you’ll probably hear a song there before it hits the radio in a few months.

The talent never stops flowing in this town. The waitress taking your breakfast order probably has the most amazing voice you’ve ever heard, the guitar player jamming down on Broadway may well be an incredible studio musician. It’s a town bursting full of some of the best talent in the world; we are truly unique.

Step into a writing room, and it’s an unspoken knowledge that the song will be split equally among the writers. So, two writers in the room, 50/50, three writers in the room 33/33/33… and so on. There’s a saying in Nashville, “a word for a third,” which basically means, we don’t line count, you get a piece of the pie.

You may hear us musicians talking to each other in numbers. Things like “Sixty-Four-Fifteen” or “one, four, five.” Have no fear, we haven’t been abducted by aliens and beamed back down speaking a different language. We’re communicating the Nashville Numbers System. Basically our chord system and charting system.

We’ve experienced a lot of change here. Part of Music Row is being torn down to build the next big skyscraper. So, in turn, we are saying goodbye to a part of music history. But with change comes new opportunities. I’ve heard we’re becoming a tech town with new technology companies opening their doors. We have the incredible Vanderbilt University and Belmont University, which bookend our precious Music Row. Tourists are flocking by the thousands for CMA Music Festival, Pilgrimage Festival, The Opry and The Ryman.

Thanks to the TV sensation, Nashville for the new boom in tourism and the spotlight on our tiny little town. Tour buses can be seen driving up and down Music Row sharing our rich history and inspiring the new generation of dreamers and listeners. We may be saying goodbye to pieces of our town, but the one thing that has always stayed true in Music City is the music. Great songs are being born here every day, shaping the course of music and paving the way for the next generation.

I hope you’ll visit us someday soon – or come back for another visit.
Happy Music Making from Music City!