Ever been to a blues jam? Well, there is a lingo, if you will, that you need to get familiar with! A language that musicians use to call songs, that gives you a quick reference to how the progression goes. Layouts to help guide you through the chord changes and enlighten you about what you’ll be soloing over, as well.

For example, if someone calls a 12 bar I-IV-V progression in the key of C, would you know what they were referring to? Well, they are referring to the chords constructed from the first, fourth and fifth notes in the major scale. In this case, the key of C.

Do you know how to construct a major scale? Just in case you don’t, let’s visit this for a moment.

The major scale is constructed with eight notes. The first note is the root note or key the scale is in. From there, you travel a distance to get to each note that builds the scale using whole steps and half steps. A whole step is two frets distance. Example, move from first to third fret on any string. A half step is one fret distance. Example, move from first to second fret on any string.

Now, start on the root note. Let’s start at the third fret on the fifth string. This will give us a C note. Pick it, then move up the neck one whole step to the fifth fret and pick the second note of the scale which is D.

Move a whole step up the neck to the seventh fret and play an E. This is your third note in the scale.

Now, move a half step forward, placing you at the eight fret on an F, the fourth note, in your C major scale.

Move forward a whole step to the tenth fret and play a G. This is your fifth note in your C major scale.

Move forward a whole step to the twelfth fret to an A. This is your sixth note.

Now, move forward a whole step to the fourteenth fret and this places you on B, the seventh note in the scale.

Now, move forward a half step to the fifteenth fret and this is a C note.

There, you have it! All the notes that construct the C major scale! Start on a C note and end on a C note.

Of course, it’s a lot easier moving up one string rather than moving across the strings and obviously you have to learn the layout of the notes on the fretboard to be able to fully apply this information.

I encourage you to apply this information and play the scales on the neck moving up the same string initially, allowing your ears to become familiar with the sound of the scale, and then venture into finding the same notes working across the strings, calling out the names of each note. It’s a win, win. You are going to learn the layout of the notes on the fret board and learn the notes that are in each key of the major scale!

I’ll clue you in on all your natural key major scales, whether they use sharps or flats. The key of A, B, D, E and G have sharps. The key of F has one flat note. Obviously, you have major scales that can be in a sharp or flat key as well.

I encourage you to make a chart.

Now, you obviously need to get familiar with the sharp and flat keys as well. Learn the major scale in every key. Then, pick out what the I-IV-V chords are in each key. So, for example, if you play a I-IV-V chord progression in the key of C, your I-IV-V chords will be C, F and G.

You may encounter some chords you are not familiar with in certain keys. Its ok, you’ll get there! Have patience with yourself, it’s a lot of information to process and apply.

At blues jams, there will typically be a song or progression called that uses the 12 bar I-IV–V progression. Now, I’m not saying this is how every blues tune ever recorded is constructed. But, it certainly does cover quite a few tunes that you’ll be able to get up to speed on pretty quickly to partake in a jam situation.

You’ll catch on. It is beneficial to learn some of the lingo before you head out to a blues jam. There are other types of chord progressions I will be sharing with you in future articles. Chord progressions, that you’ll find, are used quite often in various styles of music.

I hope you find this information helpful and are able to apply it ASAP! Pick up your guitar and play! 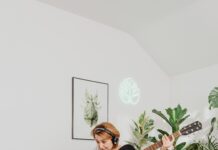 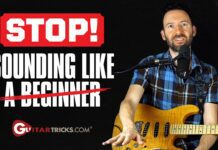 Stop Sounding Like a Beginner Guitar Player With these 5 tips 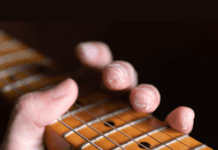