Home News Tegan and Sara Celebrate 10th Anniversary of The Con With The Con... 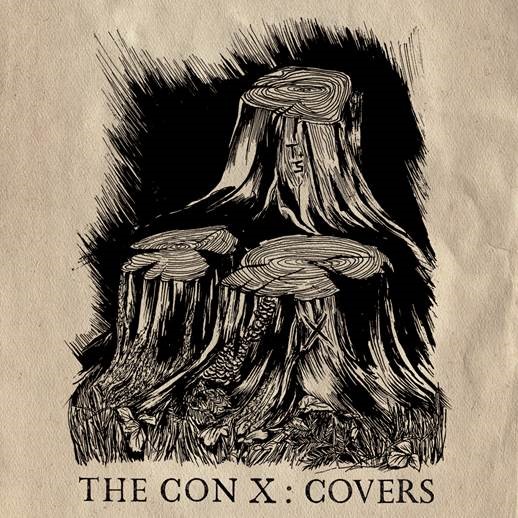 Tegan And Sara Perform The Con In Its Entirety On Headline Tour, Which Kicks Off Tonight With Sold-Out Show At San Diego’s Balboa Theatre

Proceeds From The Con X: Covers And A Portion Of Ticket Sales Will Benefit The Tegan And Sara Foundation

October 20,2017 (Burbank, CA) – A decade ago, Tegan and Sara released the breakthrough album The Con.  Today, Warner Bros Records marked the 10th anniversary of the acclaimed work by releasing The Con X: Covers. The collection features 14 of Tegan and Sara’s favorite artists, each interpreting a song from the original album. See below for track listing.

Warner Bros. Records will be donating net album proceeds to the Tegan and Sara Foundation, which fights for economic justice, health and representation for LGBTQ girls and women.A portion of the proceeds from Tegan and Sara’s The Con X: Tour will also benefit the foundation.

Following their celebratory acoustic set last night at Amoeba Records in Hollywood, Tegan and Sara kick off The Con X: Tour this evening at the Balboa Theatre in San Diego. All seven West Coast dates are sold out, including tonight’s show and two evenings at the Theatre at Ace Hotel in Los Angeles (October 23 & 24). Limited tickets are available here for other markets, with the exception of Chicago, Toronto, Atlanta and Austin, which are already sold out. The North American headline run will feature Tegan and Sara performing The Con in its entirety. See below for itinerary.

The Con served as an introduction to Tegan and Sara for many fans, including HAYLEY WILLIAMS who discusses its impact on her in this clip:

Tegan and Sara co-produced The Con with Chris Walla, a founding member of Death Cab for Cutie. Both an artistic and commercial breakthrough, it was their fifth album and first release to chart on the Billboard 200. It also marked their first appearances on the Alternative Albums and Top Rock Albums charts. In the band’s native Canada, The Con peaked at No. 5 and was nominated for a Juno Award and a Polaris Music Prize.

Filter said, “The Con is a startlingly dark, yet characteristically vibrant offering, featuring a band that’s learned to harness the energy-highs, while tempering pretty (even pastoral) pop-folk with a new, deeply-affecting brand of melancholy.” Rolling Stone praised it as “uncommonly catchy” and Mojo said, “The Con rockets beyond even their own high standards.” Awarding the album five stars, The Guardian noted, “When your heart feels like a stone in your breast, The Con will prove a perfect, sweetly addictive companion.”

Twin sisters born in Canada, Tegan and Sara have sold over one million albums, and have received seven Gold certifications, one Double Platinum certification, three Juno Awards, two Polaris Prize nominations and a GRAMMY® nomination. They have performed on some of the world’s biggest stages, from the 2015 Oscar Telecast to major festivals, such as Coachella, Lollapalooza and Glastonbury. Their current album, Love You to Death, is the follow up to 2013’s Heartthrob, which contained “Closer” – a multi-format hit that has been certified Gold in the U.S. and Double Platinum in Canada.