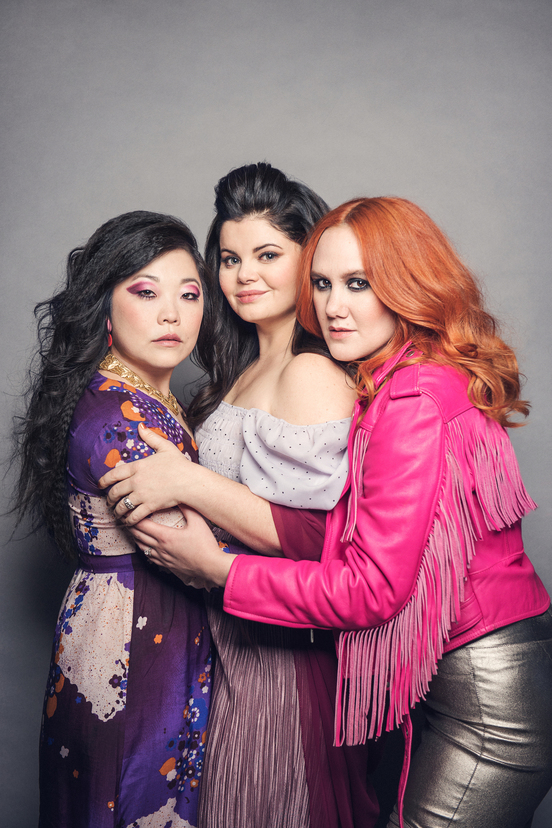 AUSTIN, Texas — “We always joke that it started out by accident,” offers singer-songwriter (and former Voice contestant) Rebecca Loebe when asked about the fortuitous aligning of stars that officially brought her and fellow Austin-based troubadours BettySoo and Grace Pettis together as Nobody’s Girl. “Well, actually, Grace and I like to joke that we tricked BettySoo into being in a band with us …” 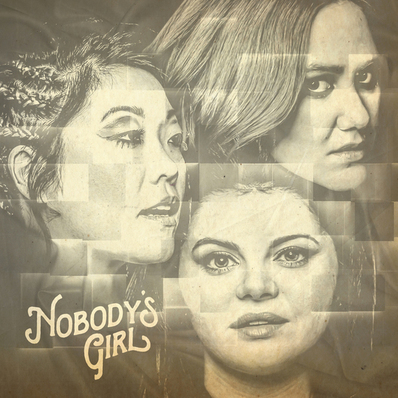 Whether it was sparked by happy accident or some manner of sly master plan, the magic of that union was undeniable from the get-go. That three of the loveliest voices in Americana and contemporary folk music could complement one another so beautifully might have been a given, but it was the songs they wrote together — songs unlike any of them had ever or probably would ever write on their own — that really made Nobody’s Girl, well, sing.
The band played more than 100 shows from Texas to Ireland in support of a 2018 EP, Waterline, and released some singles during 2020 as the self-titled full-length album street date moved to 2021. The “power of three” they share is captured like bottled lightning on the trio’s strikingly fun and assertive Nobody’s Girl, out on digital, CD, and vinyl through Lucky Hound Music on July 30, 2021.
The album was produced (at Lucky Hound’s own state-of-the-art Studios at Fischer in the Texas Hill Country) by Michael Ramos, the Grammy Award-winning producer who helmed Waterline. In addition to Ramos on percussion and keyboards and the formidable rhythm section of bassist Glenn Fukunaga and drummers J.J. Johnson and Conrad Choucroun, Nobody’s Girl features arguably the deepest roster of Texas guitar heroes this side of a classic Joe Ely or Arc Angels record: Charlie Sexton, David Grissom, and David Pulkingham.
Lyrically, the band’s co-writes can be as heavy and introspective as anything each of the three Kerrville “New Folk” winners has ever shared with a listening room or festival audience of serious Americana/folk fans. But the energy throughout the album leans decidedly more rock, with buoyant melodies and catchy choruses that often as not move the needle clear into the straight-up pop zone. It’s a disarmingly delightful turn that BettySoo playfully calls “bubblicious.” “By that, I don’t mean that it’s flaky or light,” she explains, “because I think our songwriting instincts are all honed from the folk world. But I do think that the textures we tap into when we write together for Nobody’s Girl are definitely more pop.”
“And I don’t think there’s anything bad about that!” adds Grace. “I think for some people, ‘pop’ is almost like a dirty word — especially in a town like Austin that’s all about ‘serious’ music with integrity. But sometimes something fun is good in its own right. The kind of songs I want to write are the ones that have something to say, but that also make your foot tap and that you want to play really loud in your car and sing along to. And in a lot of ways, those songs are a lot harder to write, at least for me. But as a band, I think we are able to really do that sometimes. I don’t know what it is about the combination of our different backgrounds that brings that out, though, and it actually really surprised us when we started recording that EP two years ago. We were all going, like, ‘Oh, wow — these are pop songs!'”
Two of the songs from that EP, “Waterline” and “What’ll I Do,” are featured again on the new album, remixed with a brand-new coat of proud sheen. “What’ll I Do” was one of the first two songs they ever wrote together. Back in late 2017, the three longtime friends decided to embark on a tour together — not as a “band” so much as one-time, three-week song-swap.
“At this point, we had not even played a single gig together,” Rebecca recalls with a laugh. “But the chemistry was really good, and we were already having so much fun, we just figured, why not? And that’s how we became a band!”
All nine of their new co-written originals that made the cut for Nobody’s Girl certainly warrant that enthusiasm. It’s an album rife with intriguing juxtapositions not unlike the aforementioned balance of lyrical depth and effervescent fun. Sometimes the contrasts are weighed against each other within the confines of a single song, as in the somber reflection on family pride and generation-spanning guilt in “Birthright” and the soaring, cautious optimism of “Promised Land,” with its metaphorical mountaintop perspective on the entire country (and human race), providing a picture big enough to eclipse the bitter political and social divides tearing us apart. Other times, entire songs seem to pair off against each other as two sides of the same coin. Take, for example, “Rescued” and “Tiger,” two tracks that balance each other out like the proverbial devil and angel over one’s shoulders.
The new album offers two covers: “Beauty Way,” a resplendently bittersweet anthem/ballad about the troubadour life penned by Eliza Gilkyson, another Austin-based songwriter and one of their biggest heroes, and Carole King‘s “So Far Away,” from 1971’s immortal Tapestry.
It’s a testament to the power of three strong independent songwriters with three strong voices coming together as one, carrying their message with a “bubblicious” roar.